How Much Coffee Will Kill You? 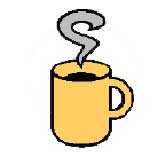 With the spread of Starbucks franchises all the way from Portland to Poughkeepsie, Americans are getting used to paying $3 or more for a proverbial ten-cent beverage. Of course, you get a bigger cup, and what's inside tastes better than sock juice. But it's not just the price, size, and quality of a cup of coffee that are going up. The caffeine content of a 5-ounce cup of American coffee has traditionally been estimated at about 85 mg. Starbucks has declined to post caffeine content for its beverages on its Website, but a 2003 University of Florida Medical School study found that a 16-ounce cup of Starbucks regular brewed coffee had a caffeine content anywhere from 259 mg. to 594 mg. (A 16-ounce Dunkin' Donuts coffee had 143 mg.) A Starbucks spokeswoman provided a figure of 200 mg. per 8 ounces.

Caffeine is an alkaloid, one of a group of bitter-tasting organic compounds including quinine, cocaine, nicotine, and strychnine. All have effects known as 'pharmaceutical': some are poisonous, while others are medically useful as, for example, pain relievers. In moderation, caffeine can serve as a useful motivator. But all alkaloids can be toxic in sufficient quantity, and caffeine is no exception. Overdo it and you'll suffer the effects of caffeine intoxication: irritability, agitation, mental confusion, anxiety, tachycardia (rapid heart beat) and heart arrhythmia.

In rare cases, caffeine intoxication has led to death. How much caffeine will kill you? Fatalities have usually involved quantities on the order of about 10 grams. If you assume 200 mg. caffeine per cup, that translates into 50 cups of coffee drunk all at once. No wonder fatal overdoses are rare. But one recent case in Australia involved a young woman who died after drinking a single can of a health drink containing guarana. Guarana, often sold as a 'natural' herbal ingredient, contains significant quantities of caffeine. The drink, which was subsequently withdrawn from the market, turned out to contain a concentration of caffeine about 60 times the concentration in a cola drink (about 40-50 mg. per 12 ounces).