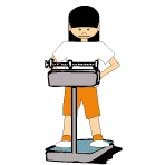 Eating is controlled by many factors, including appetite, food availability, family, peer, and cultural practices, and attempts at voluntary control. Dieting to a body weight leaner than needed for health is highly promoted by current fashion trends, sales campaigns for special foods, and in some activities and professions. Eating disorders involve serious disturbances in eating behavior, such as extreme and unhealthy reduction of food intake or severe overeating, as well as feelings of distress or extreme concern about body shape or weight. Researchers are investigating how and why initially voluntary behaviors, such as eating smaller or larger amounts of food than usual, at some point move beyond control in some people and develop into an eating disorder.

Studies on the basic biology of appetite control and its alteration by prolonged overeating or starvation have uncovered enormous complexity, but in the long run have the potential to lead to new pharmacologic treatments for eating disorders. Eating disorders are not due to a failure of will or behavior; rather, they are real, treatable medical illnesses in which certain maladaptive patterns of eating take on a life of their own. The main types of eating disorders are anorexia nervosa and bulimia nervosa. A third type, binge-eating disorder, has been suggested but has not yet been approved as a formal psychiatric diagnosis. Eating disorders frequently develop during adolescence or early adulthood, but some reports indicate their onset can occur during childhood or later in adulthood.

Eating disorders frequently co-occur with other psychiatric disorders such as depression, substance abuse, and anxiety disorders.1 In addition, people who suffer from eating disorders can experience a wide range of physical health complications, including serious heart conditions and kidney failure which may lead to death. Recognition of eating disorders as real and treatable diseases, therefore, is critically important. Females are much more likely than males to develop an eating disorder. Only an estimated 5 to 15 percent of people with anorexia or bulimia and an estimated 35 percent of those with binge-eating disorder are male.