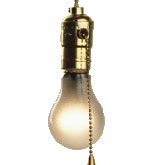 Originally, each country had its own, and rather poorly reproducible, unit of luminous intensity; it was necessary to wait until 1909 to see a beginning of unification on the international level, when the national laboratories of the United States of America, France, and Great Britain decided to adopt the international candle represented by carbon filament lamps. Germany, at the same time, stayed with the Hefner candle, defined by a flame standard, and equal to about nine-tenths of an international candle. But a standard based on incandescent lamps, and consequently dependent upon their stability, would never have been fully satisfactory and could therefore be only provisional; on the other hand, the properties of a blackbody provided a theoretically perfect solution and, as early as 1933, the principle was adopted that new photometric units would be based on the luminous emission of a blackbody at the freezing temperature of platinum (2045 K).

The units of luminous intensity based on flame or incandescent filament standards in use in various countries before 1948 were replaced initially by the 'new candle' based on the luminance of a Planckian radiator (a blackbody) at the temperature of freezing platinum. This modification had been prepared by the International Commission on Illumination (CIE) and by the CIPM before 1937, and was promulgated by the CIPM in 1946. It was then ratified in 1948 by the 9th CGPM which adopted a new international name for this unit, the candela (symbol cd); in 1967 the 13th CGPM gave an amended version of the 1946 definition.

In 1979, because of the experimental difficulties in realizing a Planck radiator at high temperatures and the new possibilities offered by radiometry, i.e., the measurement of optical radiation power, the 16th CGPM (1979) adopted a new definition of the candela: the candela is the luminous intensity, in a given direction, of a source that emits monochromatic radiation of frequency 540 x 1012 hertz and that has a radiant intensity in that direction of 1/683 watt per steradian.