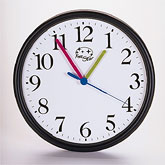 Leap years are years with 366 days, instead of the usual 365. Leap years are necessary because the actual length of a year is 365.242 days, not 365 days, as commonly stated. Basically, leap years occur every 4 years, and years that are evenly divisible by 4 (2004, for example) have 366 days. This extra day is added to the calendar on February 29th. However, there is one exception to the leap year rule involving century years, like the year 1900. Since the year is slightly less than 365.25 days long, adding an extra day every 4 years results in about 3 extra days being added over a period of 400 years. For this reason, only 1 out of every 4 century years is considered as a leap year. Century years are only considered as leap years if they are evenly divisible by 400. Therefore, 1700, 1800, 1900 were not leap years, and 2100 will not be a leap year. But 1600 and 2000 were leap years, because those year numbers are evenly divisible by 400.

A leap second is a second added to Coordinated Universal Time (UTC) to make it agree with astronomical time to within 0.9 second. UTC is an atomic time scale, based on the performance of atomic clocks. Astronomical time is based on the rate of rotation of the earth. Since atomic clocks are more stable than the rate at which the earth rotates, leap seconds are needed to keep the two time scales in agreement. The first leap second was added on June 30, 1972, and they occur at a rate of slightly less than one per year, on average.

Although it is possible to have a negative leap second (a second removed from UTC), so far, all leap seconds have been positive (a second has been added to UTC). Based on what we know about the earth's rotation, it is unlikely that we will ever have a negative leap second. Leap seconds are needed so that users of the astronomical time scale (UT1) can use UTC and know that the difference between the two time scales is never greater than 0.9 seconds. Currently the difference between UT1 and UTC is changing at a rate of about 2 to 3 milliseconds per day, which makes a leap second necessary at an average interval of slightly more than 1 year. Historically, leap seconds have only been implemented on June 30th or December 31st.