What Is A Cerebral Aneurysm? 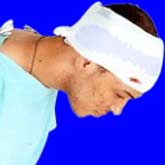 A cerebral aneurysm is the dilation, bulging or ballooning out of part of the wall of a vein or artery in the brain. The disorder may result from congenital defects or from other conditions such as high blood pressure, atherosclerosis (the build-up of fatty deposits in the arteries), or head trauma. Cerebral aneurysms can occur at any age, although they are more common in adults than in children and are slightly more common in women than in men.

The signs and symptoms of an unruptured cerebral aneurysm will partly depend on its size and rate of growth. For example, a small, unchanging aneurysm will generally produce no symptoms, whereas a larger aneurysm that is steadily growing may produce symptoms such as loss of feeling in the face or problems with the eyes. Immediately before an aneurysm ruptures, an individual may experience such symptoms as a sudden and usually severe headache, nausea, vision impairment, vomiting, and loss of consciousness.

Rupture of a cerebral aneurysm usually results in bleeding in the brain, causing a hemhorrhagic stroke. Or blood can leak into the area surrounding the brain and develop into an intracranial hematoma (a blood clot within the skull). Rebleeding, hydrocephalus (the excessive accumulation of cerebrospinal fluid), vasospasm (spasm of the blood vessels), or additional aneurysms may also occur.