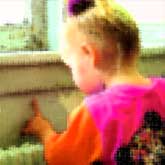 Autism is not a disease, but a developmental disorder of brain function. People with classical autism show three types of symptoms: impaired social interaction, problems with verbal and nonverbal communication, and unusual or severely limited activities and interests. Symptoms of autism usually appear during the first three years of childhood and continue throughout life. Although there is no cure, appropriate early educational intervention may improve social development and reduce undesirable behaviors. People with autism have a normal life expectancy. Autism affects an estimated 10 to 20 of every 10,000 people, depending on the diagnostic criteria used. Most estimates that include people with similar disorders are two to three times greater. Autism strikes males about four times as often as females, and has been found throughout the world in people of all racial and social backgrounds.

Autism has no single cause. Researchers have identified a number of genes that play a role in the disorder. In some children, environmental factors also may play a role in development of the disorder. Studies of people with autism have found abnormalities in several regions of the brain, including the cerebellum, amygdala, hippocampus, septum, and mamillary bodies. Neurons in these regions appear smaller than normal and have stunted nerve fibers, which may interfere with nerve signaling. These abnormalities suggest that autism results from disruption of normal brain development early in fetal development. Other studies suggest that people with autism have abnormalities of serotonin or other signaling molecules in the brain. While these findings are intriguing, they are preliminary and require further study. The early belief that parental practices are responsible for autism has now been disproved.

Recent studies strongly suggest that some people have a genetic predisposition to autism. Scientists estimate that, in families with one autistic child, the risk of having a second child with the disorder is approximately five percent, or one in 20, which is greater than the risk for the general population (see 'What is autism?'). Researchers are looking for clues about which genes contribute to this increased susceptibility. In some cases, parents and other relatives of an autistic person show mild social, communicative, or repetitive behaviors that allow them to function normally but appear linked to autism. Evidence also suggests that some affective, or emotional, disorders occur more frequently than average in families of people with autism.