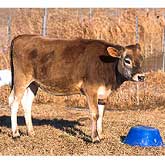 Cloning technology today is far from perfect: it requires many attempts and only 1%, if any, of the cloned eggs become embryos and then survive. For example, the first cloned sheep, Dolly, was successful after 277 attempts. That means that with the current technology, cloning a human being would require the death of many embryos - a moral issue not easy to deal with. Some say that embryos are not fully human, so there is no moral problem; others say it is obvious they are human, since all their genetic information is already present in the embryo.

The humanness of the embryo is not the only issue of debate in human cloning. Although there are good reasons to clone animals (for example, to preserve species and valuable genomes), are there any good reasons to clone a human? Defenders of human cloning say good reasons to clone a child would be to continue a family line when a couple is infertile (an adopted child would not carry their genes), to produce organs that are needed for transplants and trigger the development of new medical treatments. Critics of human cloning say it rises legal (if you have two humans with identical DNA, how do you determine guilt or innocence in criminal cases based on DNA evidence) and religious problems (cloning is considered by many religions as unnatural, evil, ‘not God’s way of reproduction’).

Bioethicists point out that the common fear about clones, that a clone of Hitler would be as bad as he was, is a myth without scientific basis, and we should weigh the risks of human cloning against its benefits. A good question is, if cloning becomes safe, should we do it?