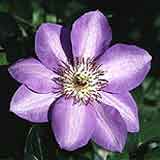 Often it takes a second look to see how mathematical numbers and patterns fit into the natural world. Numbers, after all, are manmade. However some very interesting number patterns underlie some natural systems in a surprising way. One such number pattern is called the Fibonacci Series, where each subsequent number is the sum of the two preceding numbers. For example 0, 1, 1, 2, 3, 5, 8, 13, 21... The next in the series is 13 + 21 = 34, and so on.

The trick with mathematical patterns is to see them in the first place, and it wasn't until the 13th century that Leonard Fibonacci, of Pisa, Italy, first described this series in a book on calculations. Since that time, scientists have found the Fibonacci Series in many different places. In the plant kingdom petals on flowers and leaves on stems are often arranged in groups of 3s, 5s and 8s. Pine cones, too, show the same series. In the animal kingdom, the spirals of seashells can be found following the series, as can genealogical patterns of honey bees.