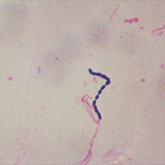 The reappearance of microbes that had been successfully conquered or controlled by medicines is distressing to the scientific and medical communities as well as to the public. A major cause of this re-emergence is that microbes, which cause these diseases, are becoming resistant to the drugs used to treat them. According to the World Health Organization (WHO), nearly 2 billion people, one-third of the world's population, have TB. This includes between 10 and 15 million people in the United States. TB is the world's leading cause of death from a single infectious organism, killing 2 million people each year. The TB crisis has intensified because multidrug-resistant (MDR) microbes have emerged. An incurable form of the disease may develop from infections caused by these organisms. WHO estimates more than 50 million people worldwide may be infected with MDR strains of TB.

Malaria, the most deadly of all tropical parasitic diseases, has been resurging dramatically. Increasing resistance of Plasmodium protozoa to inexpensive and effective medicines presents problems for treating active infections. WHO estimates between 300 million and 500 million new cases of malaria occur worldwide each year. At least 2.7 million people die annually. In the United States, approximately 1,000 cases are reported annually, which researchers estimate represent only 25 to 50 percent of actual cases. Although most of these cases occurred in people who had been infected while traveling abroad, others occurred in people bitten by infected mosquitoes in states such as New York.

In the United States, approximately 25 percent of the population has flu-associated illness annually, leading to an average of 20,000 to 40,000 deaths per year. Influenza viruses change from year to year and powerful strains have re-emerged throughout history to cause worldwide, catastrophic pandemics. Many scientists believe the next pandemic is long overdue. In addition, in the 1990s, people in Hong Kong became infected with avian influenza-the first known case of an influenza virus jumping directly from birds to people.