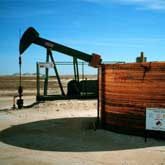 The hydrocarbons are the most broadly used organic compounds known, and are quite literally the driving force of western civilization. The greatest amounts of hydrocarbons are used as fuel for combustion, particularly in heating and motor fuel applications. The primary components of natural gas are methane and ethane. We are all familiar with the use of propane in gas barbecues, lanterns, and as a fuel for internal combustion engines and heating systems. Butane is also a readily available fuel, familiar to everyone in the form of the pocket lighter.

With pentane, the saturated hydrocarbons enter the realm of room-temperature liquids. This makes them useful as organic solvents, cleaners, and transport fuels. Gasoline for internal combustion engines in cars, trucks, tractors, lawnmowers, and so on, is rated in combustion properties relative to octane. It is in fact a combination of liquid hydrocarbons ranging from hexanes to decanes. Slightly larger hydrocarbons are known as kerosene or jet fuel, diesel fuel and heating oil. Still larger hydrocarbon molecules serve as lubricating oils, and greases. Eventually a point is reached at which the materials are solids at room temperature. These are the waxes. Hydrocarbon molecules larger than those of the waxes are the heavy greases and the tars commonly used in roofing applications and highway construction.

Most hydrocarbons are generated from the thermal 'cracking' and fractional distillation of crude oil. Another major source is the industrial alteration of ethanol to produce ethylene. The ethylene so produced becomes a feedstock for the industrial synthesis of other hydrocarbons up to and including polyethylene.