What is Herd Immunity? 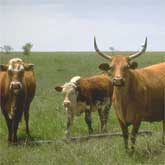 No vaccine is 100% effective and usually does not work in 5% of those immunized. In addition, another 5% lose immunity after time. That means that, even after you are immunized, you could contract the disease. But if everyone around you is also immunized, there is no way for you to get infected, because the community provides immunity. This is known as herd immunity.

For some diseases, such as measles, a population needs an immunization rate of 95% to achieve herd immunity--less than that would allow the disease to spread in the susceptible population.

Recently, a measles outbreak occurred in the Marshall Islands, where immunization rates were below 75%. An infected tourist from Japan started an epidemic that left 703 cases of measles, 56 hospitalized and 3 dead. In contrast, when an infected immigrant introduced measles to Mexico, only 41 cases were reported. Immunization rates in Mexico are over 95%. This is more striking when you compare the population of the Marshall Islands, 56,000, to the population of Mexico, which is above 100 million.