Which Came First? The Words or the Melody? 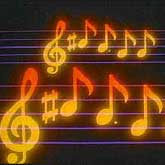 There's good evidence that we're born into the world with an innate understanding of music, and a natural response to it. You don't need to be a child psychologist to know that babies don't have to be taught to find comfort in a lullaby. Babies can memorize melodies well before they learn how to talk. Believe it or not, they're even studying the pitch, rhythm, and intonation of their mother's voice while they're still in the womb. As soon as they're born, they can tell the difference between the melody of their mother tongue and that of any other. That's the melody that they pay attention to as they apply themselves to the task of learning the syntax and vocabulary of their native language.

Some aspects of language are processed by the same parts of the right hemisphere that make sense of music. But the left hemisphere's language centers are used for some aspects of music appreciation, too. Recent brain imaging studies show that we use some of the same parts of the brain that process the structure of language when we analyze the structure of music. The more sophisticated your knowledge of music -- the better, for example, you know how to take apart the structural details of a musical piece -- the more your left hemisphere's language regions become involved. Whether our ancestors first used those neural circuits for language or for music is anybody's guess.