A Little OCD In Me And Thee? 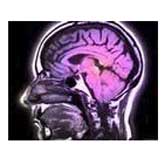 Obsessive-Compulsive Disorder (OCD) may not get as much attention as learning disorders such as dyslexia and ADHD, but its rate of occurrence (about 2 to 3 percent) makes it more common than asthma or diabetes. What exactly is OCD, and how do you know if you have it? By definition, the obsessions of OCD are persistent thoughts or images that are felt to be unwanted and intrusive. In other words, most of the things we ordinarily call obsessions would not qualify someone for an OCD diagnosis. People who are, in the normal sense, obsessed with an object of romantic desire -- who are 'in love' or 'infatuated' -- do not have OCD. If they were chronically tormented by inappropriate sexual fantasies, that might be an obsession in the OCD sense.

On the other hand, if you look at the symptoms of OCD, you can view them as extreme forms of ordinary personality traits that people have to varying degrees. Under most circumstances, those traits will not interfere with a person's life the way that OCD traits do. But they can be viewed as risk factors for developing full-blown OCD, and they also seem to be relatively common among close family members of people with OCD. For example, we all differ in the degree to which we display something called thought-action fusion (TAF) -- a breakdown in the distinction between performing an action and just thinking about it. Can you jinx someone just by thinking of something good (or bad) happening to them? Probably everybody has superstitious beliefs like these, or takes responsibility for thoughts that may randomly pass through their head as if they had actually acted them out.

Many cultures have a belief in the magical power of words, and many taboos arise out of those beliefs. It's also fairly common to believe that just talking or thinking about something will make it more or less likely for it to happen (knock wood!), even if you rationally know the belief to be false. People with OCD score high on TAF scales. People who don't have OCD and score high on TAF scales are also more likely than average to develop OCD later on. Of course, that doesn't mean that superstitions are an early sign of OCD. People who rate high in TAF are often just people who make life a little harder for themselves by taking on a feeling of responsibility for things they can't influence, or by taking on feelings of guilt for things they didn't actually do. Those are, in mild form, very similar to what a person with OCD feels.