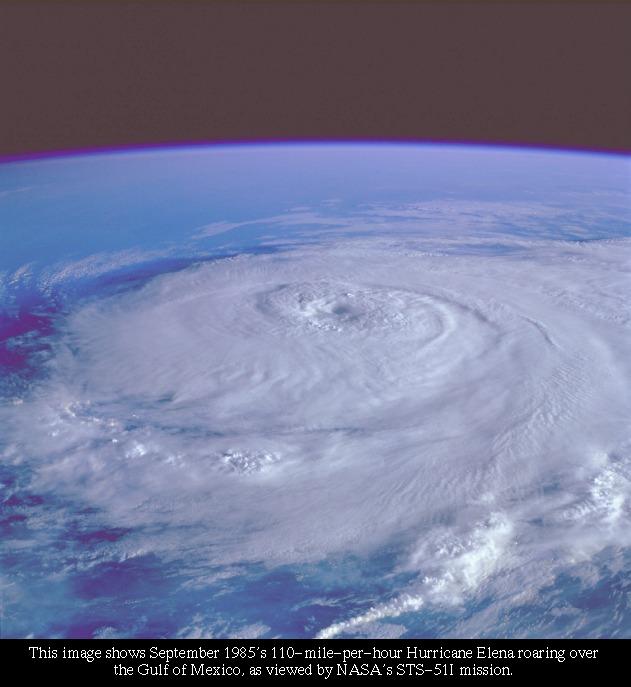 The Earth, rotating at about 1000 miles per hour (1,609 km/hr), influences the flow of air and water on its surface. We call this the Coriolis Effect, named after French scientist Gaspard Coriolis, who made this discovery in the 19th century. As the Earth turns to the east, it causes air and water to swirl counterclockwise in the Northern hemisphere. In the Southern hemisphere, the swirl is clockwise. You can see this very easily in space photographs of tropical storms and hurricanes.

But don't look for the Coriolis Effect in your sink. On a small scale, and that includes even something as large as a tornado, many other factors come into play, such as the shape of a basin, the turn and water pressure of a faucet, and the rotation rate of the air or water. And no, water doesn't go straight down the drain on the equator. Although this is widely reported, it is wrong.