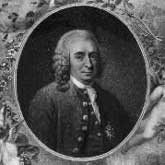 Have you ever noticed that when you see an insect or a bird, there is real satisfaction in giving it a name, and an uncomfortable uncertainty when you can't? Along these same lines, consider the bewildering number and variety of organisms that live, or have lived, on this earth. If we did not know what to call these organisms, how could we communicate ideas about them, let alone the history of life? Thanks to taxonomy, the field of science that classifies life into groups, we can discuss just about any organism, from bacteria to man.

Carolus Linnaeus pioneered the grouping of organisms based on scientific names using Latin. His system of giving an organism a scientific name of two parts, sometimes more, is called binomial nomenclature, or 'two-word naming'. His scheme was based on physical similarities and differences, referred to as characters. Today, taxonomic classification is much more complex and takes into account cellular types and organization, biochemical similarities, and genetic similarities. Taxonomy is but one aspect of a much larger field called systematics.

Carolus Linnaeus was also credited with pioneering systematics, the field of science dealing with the diversity of life and the relationship between life's components. Systematics reaches beyond taxonomy to elucidate new methods and theories that can be used to classify species based on similarity of traits and possible mechanisms of evolution, a change in the gene pool of a population over time.