Sulfur dioxide, or SO2, belongs to the family of sulfur oxide gases (SOx). These gases dissolve easily in water. Sulfur is prevalent in all raw materials, including crude oil, coal, and ore that ... Continue reading 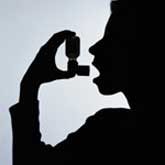 Haze is caused when sunlight encounters tiny pollution particles in the air. Some light is absorbed by particles. Other light is scattered away before it reaches an observer. More pollutants mean more ... Continue reading 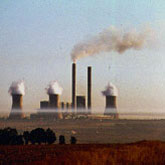 Atoms are the extremely small particles of which we, and everything around us, are made. A single element, such as oxygen, is made up of similar atoms. Different elements, such as oxygen, carbon, and ... Continue reading 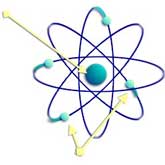 An estuary is a partially enclosed body of water formed where freshwater from rivers and streams flows into the ocean, mixing with the salty sea water. Estuaries and the lands surrounding them are ... Continue reading 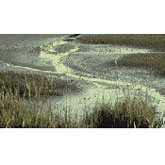 Ozone is a gas that forms in the atmosphere when 3 atoms of oxygen are combined (03). It is not emitted directly into the air, but at ground level is created by a chemical reaction between oxides of ... Continue reading 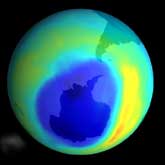 Wetlands are areas where water covers the soil, or is present either at or near the surface of the soil all year or for varying periods of time during the year, including during the growing season. ... Continue reading 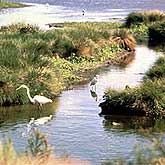 Ozone is a molecule containing three oxygen atoms. It is blue in color and has a strong odor. Normal oxygen, which we breathe, has two oxygen atoms and is colorless and odorless. Ozone is much less ... Continue reading 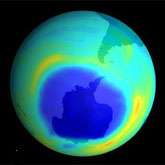