Where is God in the Brain? 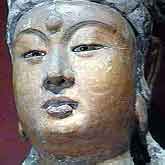 A British study reported that epileptics had 'profoundly spiritual experiences' in a specific region of the brain. In other studies, there was also a region of the brain that became extremely active when subjects were shown religious pictures and when they were asked to engage in any thoughts about God. In the late 1990s, several California neuroscientists discovered the region of the human brain responsible for tuning into God and other religious experiences. They identified the right temporal lobe - which is in front of and just above the right ear (and includes parts of the limbic system) and considered one of the central areas for processing memories and emotions - as the 'God Spot' or the 'God module.' This area of the brain was most active when subjects were experiencing or communicating with The Supreme Being, as well as during near death experiences (NDE).

Over the years, there have been cases of certain types of epilepsy that have promoted higher states of religiosity. Twenty-five percent of the individuals who are victims of right temporal lobe damage report 'seeing God's face' and 'hearing God's voice.' Disease or damage to the same region brings forth religious visions, feelings of ecstasy, and related phenomena. Prominent religious figures such as Joan of Arc were reported to have shown several of the classic symptoms of someone suffering from temporal lobe epilepsy (TLE) complete with revelations, insights, and visions accompanied by seizures, many of the ingredients for the archetypal epiphany.