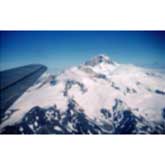 Have you ever read the directions on a box of cake mix? There are special instructions for high-altitude baking. Has anyone who visited the Rocky Mountains told you how hard it was to breathe there? Have you ever wondered why pilots who fly in high-flying planes wear breathing masks? In higher altitudes, reduced air pressure makes it harder for oxygen to reach the lungs and the brain. Breathing in the mountains causes difficulties as the body adjusts to lower levels of oxygen. In more extreme situations, such as flying an airplane at high elevations, it's more serious. Hypoxia is the name for insufficient oxygen in the body's tissues. It affects the central nervous system and organs. Brain cells need oxygen. And, they begin to die within 5 minutes after the supply has been cut off. When hypoxia lasts longer, it can cause coma, seizures, and even brain death. Mild symptoms of early hypoxia include inattentiveness, poor judgment, memory loss, and decrease in coordination.

Pilots with hypoxia may not be able to recognize dangerous situations or take corrective action. This can lead to aircraft accidents and crashes. The greatest risk for hypoxia takes place in the aircraft's cabin. The cabin is the area with the pilot cockpit and passenger seating areas. Since this is where the people are, the risk of hypoxia is greatest in the cabin. The National Transportation Safety Board and the Federal Aviation Administration keep track of the number of hypoxia and cabin-pressure-related accidents. NASA has developed a device to warn pilots of dangerous conditions before hypoxia becomes a threat. It's about the size of a personal pager, and can send out a beep or a vibrating alert, just like a cell phone. A display window for text messages tells the pilot important information. It can show why the alarm is going off, what altitudes would be safer, and even when the battery needs to be replaced.

The device works by monitoring air pressure. When it detects unsafe levels, it sounds the alarm. It's called the Personal Cabin Pressure Altitude Monitor and Warning System, but is known as PCM 1000 for short. The PCM 1000 is also used on the International Space Station and the Space Shuttle. It quickly notifies crew members of any pressure changes that signal problems on the spacecraft. The cabin pressure alert is used in aviation now, but there are other possible uses for it. Hypoxia is a concern in scuba diving, skydiving, mountain climbing, meteorology, and underwater habitats. To develop the PCM 1000 for commercial use, NASA awarded a patent license to Kelly Manufacturing, of Grenola, Kansas. NASA's Technology Transfer Program encourages private enterprise to take space technology and develop it into products and services for Earth, proving that NASA cares as much about the humans that go into space as those that remain closer to home.